In my last blog post I described the different naming systems for amines.  I explained how to use the IUPAC system which is accepted by AQA A Level Chemistry.  In this post I look at cyclic amines, aromatic amines and molecules containing more than one amino group.

These are relatively straight forward.  Let’s look at cycloalkanes in the first instance.  Unlike straight chain alkanes the carbon atoms in cycloalkanes have had their carbon atoms joined together to form a closed ring.  In terms of naming they adopt the prefix “cyclo” prior to “propane”, “butane” and so on.  Examples can be found in the table below. 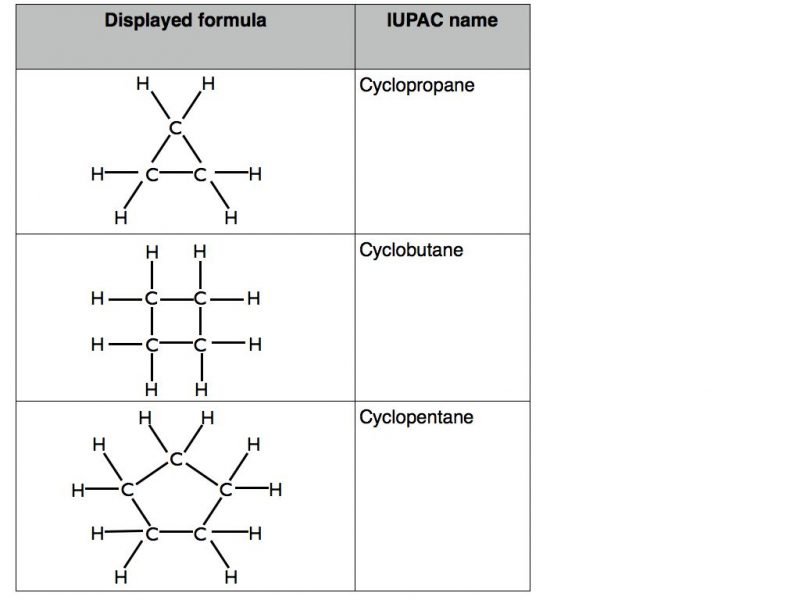 If a hydrogen atom is replaced by an amino group, -NH2 then the name changes to reflect this by the use of the suffix “amine”. Examples in the table below. 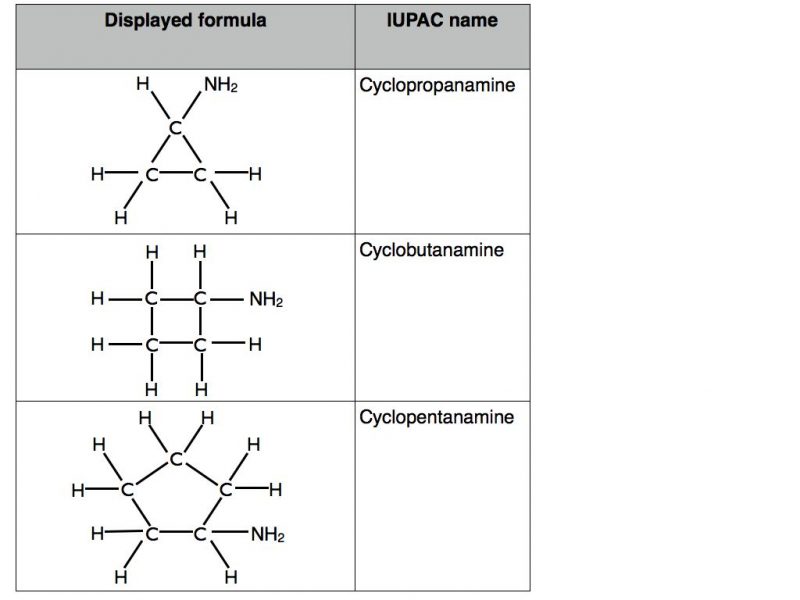 The aromatic amine that you will come across is phenylamine.  This is a benzene molecule where one hydrogen atom has been substituted for an amino group.  Benzene is usually represented as a hexagon with a circle inside to represent the delocalised electron system.  Therefore you will normally come across phenylamine in the following form. 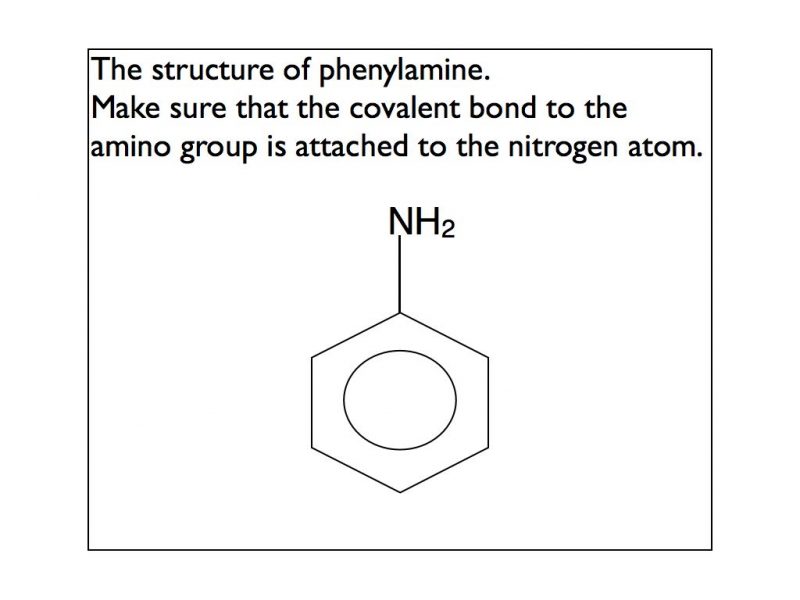 As with other functional groups, the prefixes “di”, “tri”, “tetra” and so on are used before the name of the functional group to indicate how many are present within the molecule.  Numbers are used to identify the location of the amino groups for amines with more than two carbon atoms.  Remember to separate numbers from numbers with commas and numbers from letters with hyphens.  Examples are given in the table below. 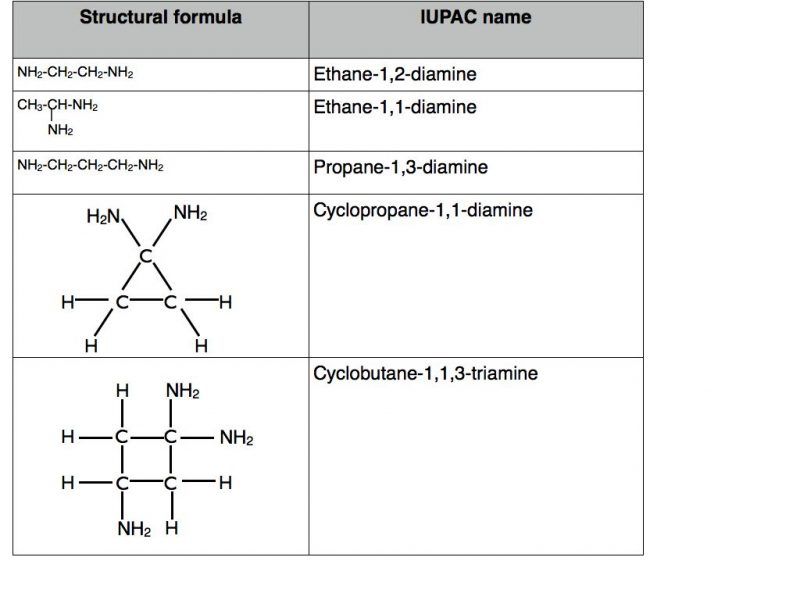 It is worth noting that the prefix of the name changes from “Ethan-” to “Ethane-” or “Propan-” to “Propane-” in these cases.  This is because the suffix of the name no longer begins with a vowel i.e. “-diamine” not “-amine”.

Molecules containing another functional group as well as the amine

The priority of organic functional groups is a topic worthy of its own blog post and I will cover this next time.  For the purposes of amines, what you need to know is that they are of lower priority than all the other organic functional groups you will come across (except for halogenoalkanes).  This means that the name of the molecule is based upon what it would be without the amino group.  After this, the amino group is treated as a substituent with the prefix “amino”.  The numbering system is based upon the principle of giving the highest priority functional group the lowest number possible.  Examples included in the table below. 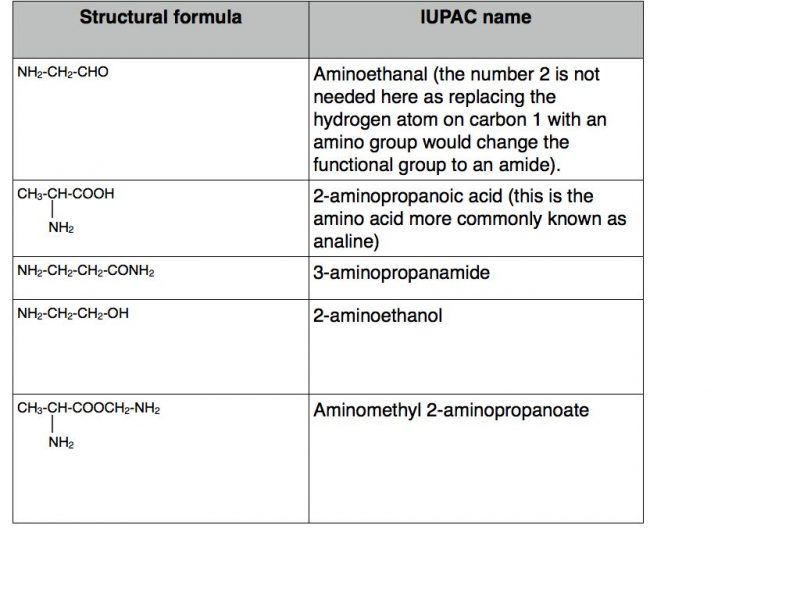 I hope that you have found this useful.  If you have feedback for me I would be delighted to receive it via Facebook, twitter or email.