Reaction mechanisms are used in chemistry, specifically organic chemistry, to show how reactions proceed.  They describe the breaking and forming of covalent bonds.  Many A Level chemistry students find them confusing at first.  Some resort to trying to learn them off by heart without fully appreciating exactly what the mechanism shows.  Trust me, you will find it easier to remember them if you fully understand them.

The mechanism for nucleophilic substitution is detailed below.  I have broken it down to show the process step by step.  In an exam situation you would only be expected to show steps 3 and 4. 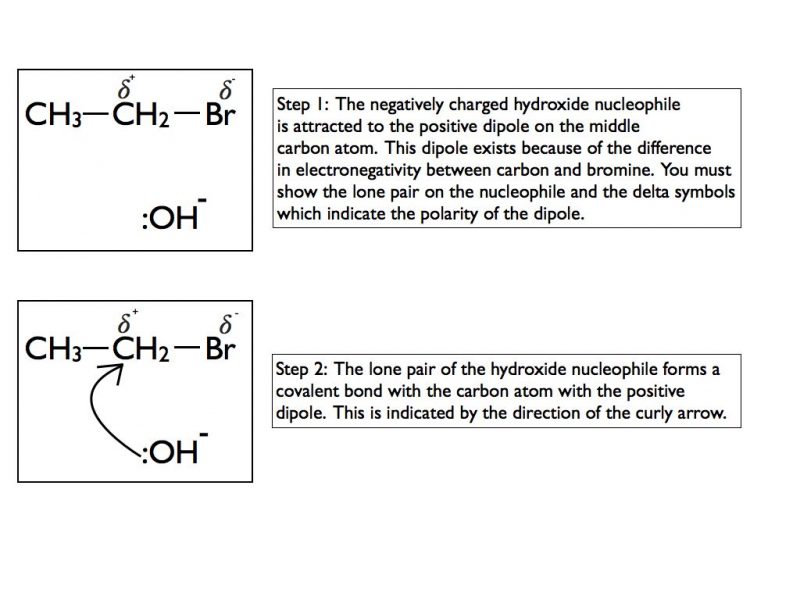 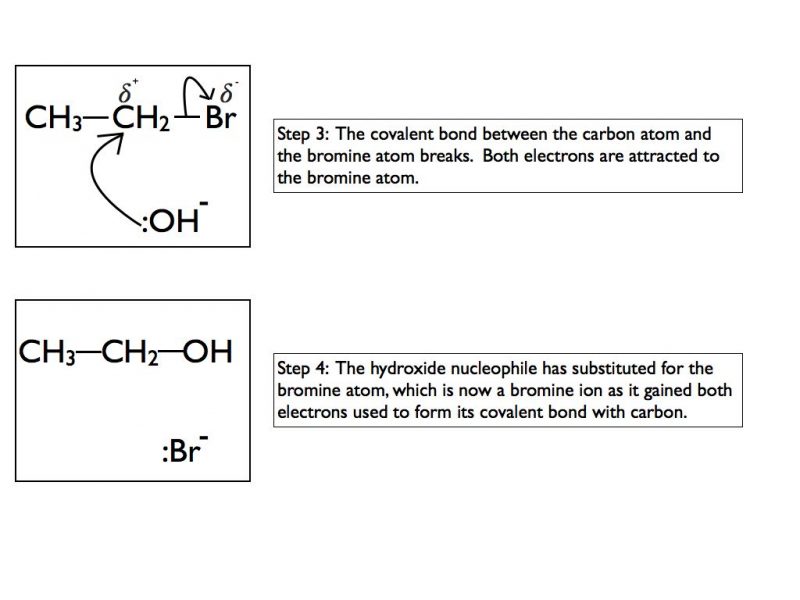 The cyanide ion :CN- will substitute the bromine atom to remove a bromine ion by exactly the same mechanism.

If you are asked to draw a nucleophilic substitution mechanism make sure that you include the following:

As this blog is intended as an overview of mechanisms I have not explored the formation of transition states, SN1 and SN2 reaction pathways or the reaction conditions which can influence which mechanism occurs.  For more information on this and other additional reading I suggest the excellent chemguide website.

It is the same except that you need to show the loss of a proton from the incoming group before the end.  This removes the positive charge from the intermediate species to form the final organic product.  I have only shown the steps as you would need to show them in the exam.  This example uses ammonia but it is the same for water except that there will be only two hydrogen atoms attached to oxygen in the intermediate species (the oxygen atom will still be positively charged). 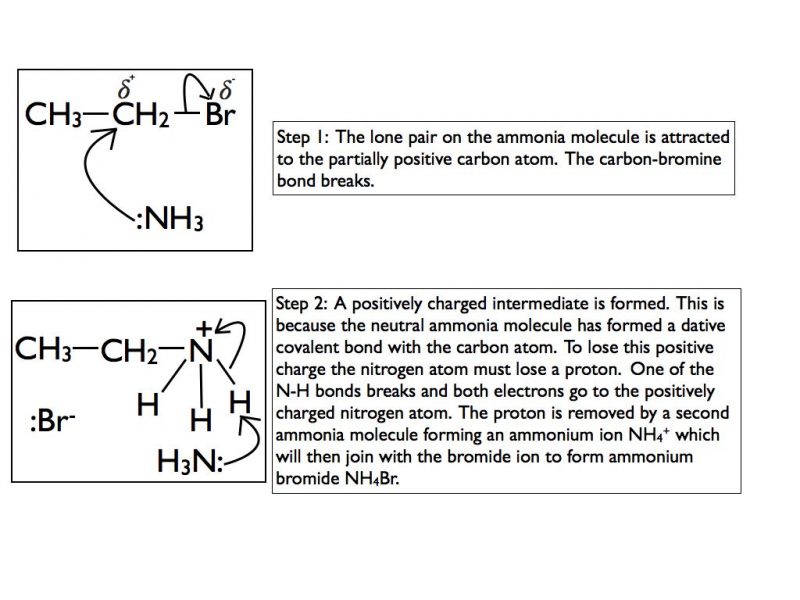 The electrophilic addition mechanisms that you need to be able to reproduce are those involving the reaction of alkenes with bromine, hydrogen bromide and sulphuric acid.  Electrophiles are species that are attracted to regions of high electron density.  Many electrophiles are positively charged or have a permanent dipole.  The double bond of an alkene will strongly attract electrophiles and can polarise neutral molecules that come into close proximity with it allowing some of them (such as bromine) to undergo electrophilic addition. 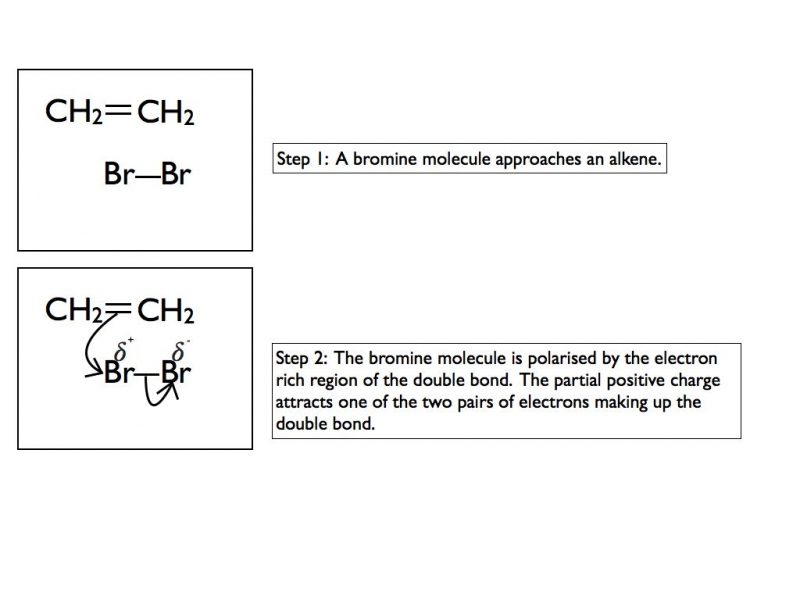 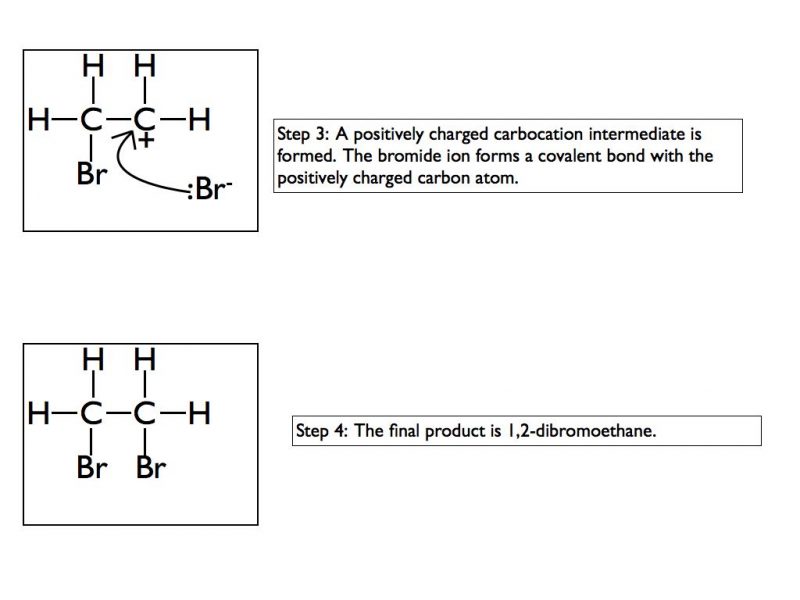 Step 1 can be omitted in an exam.

The mechanism for hydrogen bromide and sulphuric acid involve molecules that are already polar. 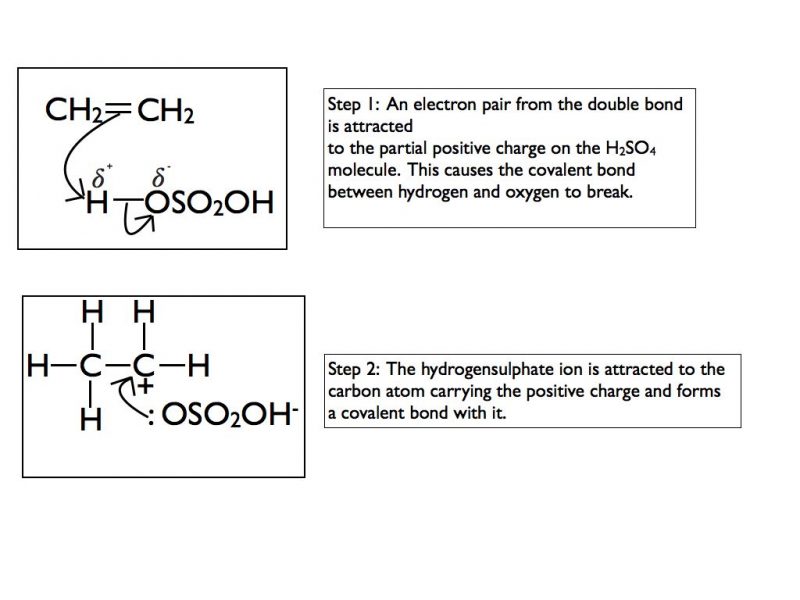 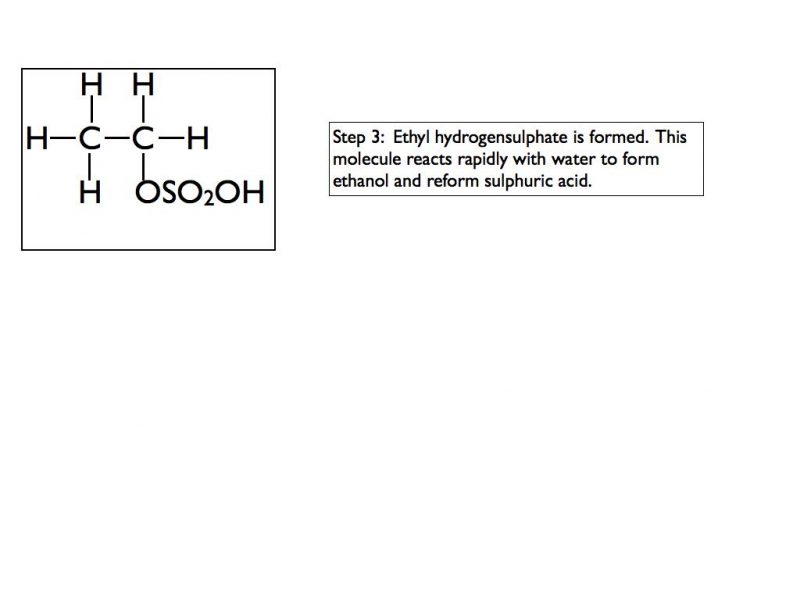 I have not explored the variety of possible products involving hydrogen bromide and asymmetric alkenes here.  This will be covered elsewhere.

The third and final mechanism encountered in AS level Chemistry is elimination.  There are two mechanisms that you need to know.

Concentrated phosphoric acid is used as a catalyst to dehydrate an alcohol to form an alkene in an elimination reaction. 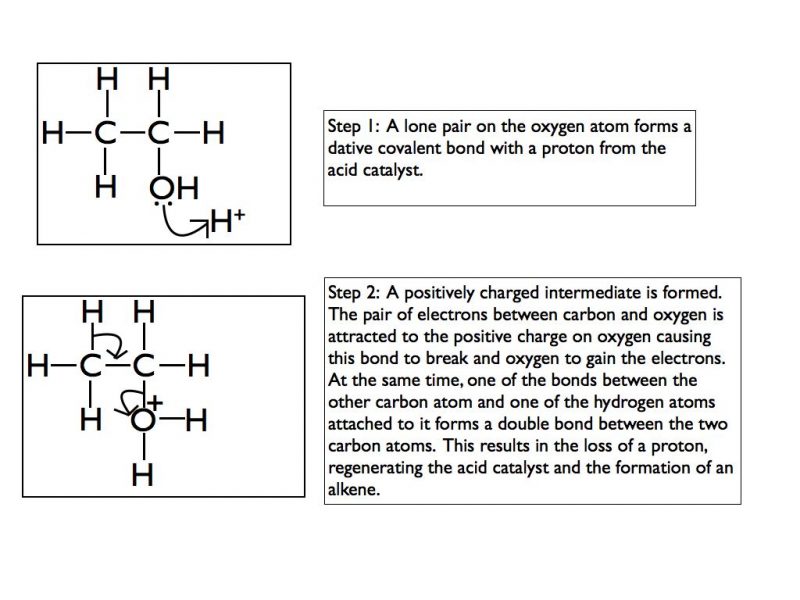 When halogenoalkanes are heated with potassium hydroxide dissolved in ethanol the hydroxide ions act as a base and cause an elimination to occur. 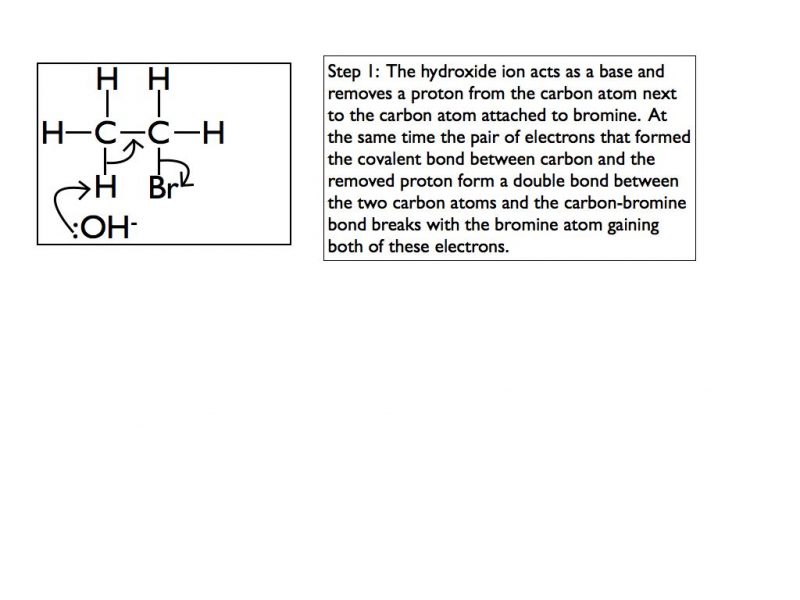 The products are an alkene, water and a bromide ion.

The formation of alternative products from asymmetric secondary halogenoalkanes will be explored elsewhere.

I hope you have found this general overview of mechanisms helpful.  In my next blog I will describe the additional mechanisms above AS level.